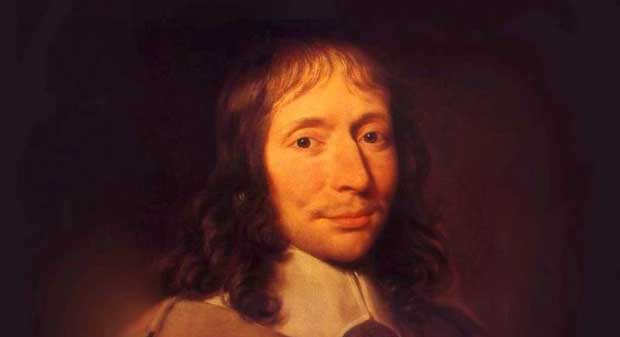 Blaise Pascal was a seventeenth century notable French mathematician, inventor, physicist, philosopher and writer. He made great contribution to natural and applied science. His work was based on clarifying the concepts of fluids, vacuum and pressure and his work defended the scientific method. Moreover, he built twenty functional machines called Pascal’s calculators. His efforts led him to construct one of the first mechanical calculators. Pascal created two new research areas in the field of mathematics.

Blaise Pascal was born on 19 June, 1623 in Clermont-Ferrand, France to Étienne Pascal. His father also had inclination toward mathematics and science. Étienne was a member of the “Noblesse de Robe” and was a local judge. Pascal had two sisters and when his mother died, his father moved them to Paris, a few years later. The Pascal children were intellectually gifted, hence their father decided to teach them himself. At a very young age Pascal displayed propensity for mathematics.

Pascal had interest in conic sections and a work of Desargues really influenced his work. In his adolescence he wrote a proof on the “Mystic Hexagram”, titled Essay on Conics. He sent the treatise to Père Mersenne, a noted Mathematician, and the theorem is known as Pascal’s theorem. He was a child prodigy whose precociousness led Descartes to believe that Pascal’s father produced the work. When Mersenne tried convincing Descartes otherwise, he dismissed it suggesting that it is not possible for a sixteen year old to come up with such accurate calculation which remained unprecedented.

Pascal’s father had a government position which could be bought and sold at that time. So his father sold his position as a second president of the Cour des Aides for a high amount and invested the money in government bond. The family was enjoying a comfortable life in Paris when Richelieu took over and announced a Thirty Years’ War and reneged on its government bonds. The family wealth of Pascals went down in a blink of an eye and Etienne flee Paris leaving his children with his neighbour Madame Sainctot.

Eventually, Pascal’s father was pardoned and he fell back into good graces of Richelieu and was appointed commissioner of taxes in the city of Rouen. The city constantly faced uprising which affected the collection of taxes, hence, his work became more complicated. The calculation of taxes paid and owed was exhausting and watching his father’s problematic situation, Pascal leaped in with a solution. He was not even 19 when Pascal came up with a mechanical calculator to solve simple mathematical addition and subtraction, now known as Pascaline. Four of these devices out of eight survived through the centuries and are now preserved at the Musée des Arts et Métiers, France and Zwinger museum, Germany.

Pascal’s invention of the first rudimentary mechanical calculator revolutionized the mechanical computing of data which paved way for computer engineering and other mathematical areas. However, back then Pascaline failed to reach the commercial success owing to its complexity, the way to operate the device. Besides, it was treated more as an expensive ornament, a status symbol for the elites of France and Europe. Pascal continued working on the device, making adjustments as required in the following decades of its inception. He constructed around 50 more prototypes altering the design and mechanics of the machine.